At Least 8 Killed By Rocket Attacks In Afghan Capital : NPR 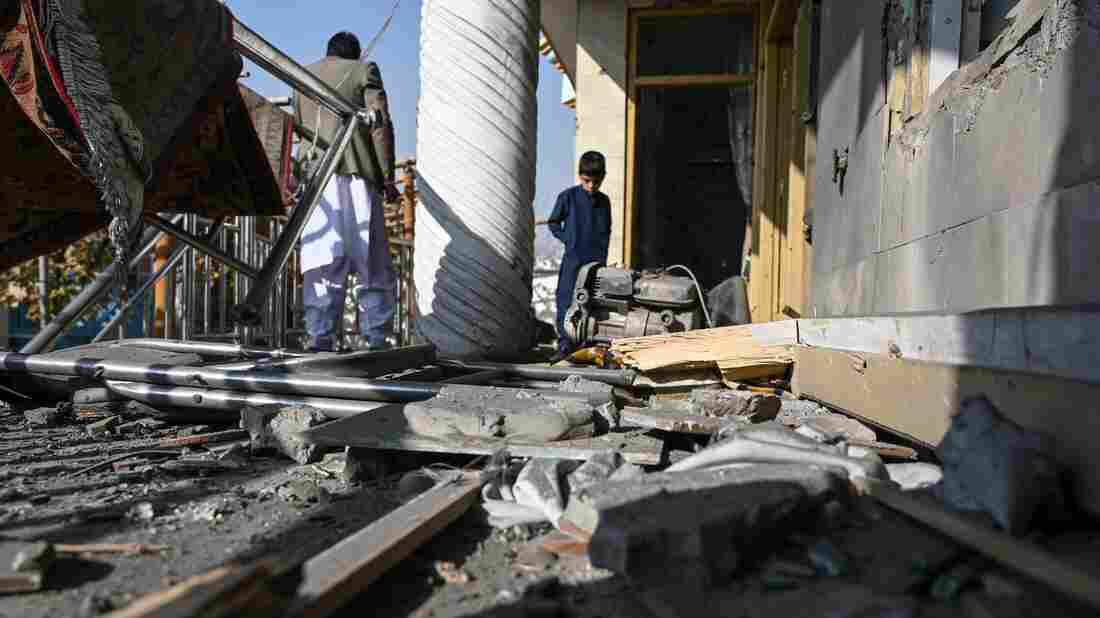 Residents inspect a damaged house after several rockets landed Saturday in Afghanistan’s capital, Kabul. The Islamic State claimed responsibility for the attack, which comes the same day as U.S. Secretary of State Mike Pompeo’s meeting with Taliban leaders in Qatar. 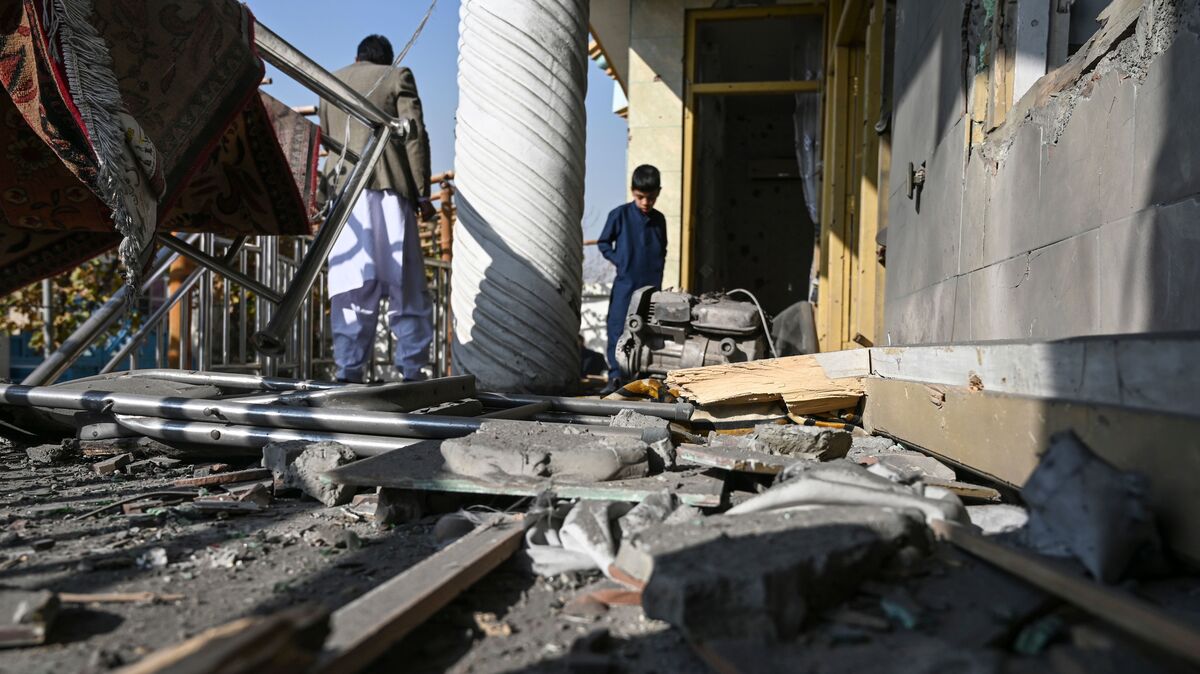 Residents inspect a damaged house after several rockets landed Saturday in Afghanistan’s capital, Kabul. The Islamic State claimed responsibility for the attack, which comes the same day as U.S. Secretary of State Mike Pompeo’s meeting with Taliban leaders in Qatar.

Nearly two dozen rockets rained down on the Afghan capital Saturday, killing at least eight people and marking an inauspicious start to a day that Secretary of State Mike Pompeo had earmarked for discussing peace efforts in Afghanistan.

A spokesperson for the Afghan Interior Ministry said that the attacks launched from two vehicles hit at least six different neighborhoods of Kabul. In addition to the dead, at least 31 people were injured in the attack.

The Islamic State claimed responsibility for the barrage, according to the SITE Intelligence Group, which tracks jihadi organizations online. It’s just the latest act of violence claimed by the Sunni Islamist militant group, whose branch in Afghanistan says it perpetrated several deadly attacks in recent weeks — including an assault on Kabul University and a suicide bombing in the capital.

The attacks came at a particularly sensitive time for Pompeo, who was scheduled to meet Saturday in Qatar with officials from both the Afghan government and the Taliban. On the agenda were the ongoing peace talks between the long-warring sides, which have largely stalled despite a separate agreement between the U.S. and the Taliban earlier this year.

As recently as a month ago, the Taliban launched one of its fiercest offensives against Afghan forces in the country’s southern region, catching a number of Afghan civilians in the crossfire and displacing tens of thousands of residents.

The bloodshed has not dissuaded President Trump from his goal of withdrawing nearly half of U.S. troops in the country before the end of his term in January. The administration announced Tuesday that it plans to reduce troop totals in the country to about 2,500 by mid-January — down from its current level of 4,500 and a peak of roughly 100,000 about a decade ago.

The move would represent a big step toward fulfilling a Trump campaign promise, but it has also raised concerns among U.S. military leaders and NATO allies.

“We have been in Afghanistan for almost 20 years, and no NATO ally wants to stay any longer than necessary,” NATO Secretary-General Jens Stoltenberg warned in a statement released to news outlets Tuesday. “But at the same time, the price for leaving too soon or in an uncoordinated way could be very high.”

Pompeo has hailed the unfolding peace negotiations as “a moment to dare to hope.”

It is unclear exactly what will happen to U.S. troop levels under President-elect Joe Biden, who is set to take office just days after the troop drawdown is set to begin. Biden, for his part, has expressed skepticism of an extensive U.S. presence in Afghanistan, but has also looked favorably upon the idea of keeping a small contingent of troops in the country.

For now, the office of Afghan President Ashraf Ghani has pledged that his officials have been instructed to “find and punish the perpetrators” of the most recent attacks in Kabul.

Biden faces a race against the clock for U.S. to rejoin Iran nuclear deal

Pure Storage: A Solid Play On The Cloud (NYSE:PSTG)

White House National Security Adviser Robert O’Brien and his entourage were treated like COVID-19 contagion threats in Vietnam at the start of...

MELBOURNE, Australia — One week after the release of a damning report that revealed Australian special forces had unlawfully...

Beijing wants to stop an ‘anti-China coalition’ in Asia

SINGAPORE – Beijing is concerned that there's a higher chance of countries in Asia partnering with the U.S. to...

Right-wing leader adds that Congress was unlikely to require Brazilians to take a vaccine.Brazilian President Jair Bolsonaro said on...

LOS ANGELES (CBSLA) — USC’s football game against Colorado scheduled for Saturday at the Coliseum has been canceled and...

NEW YORK (CBSNewYork) — This is the fourth Thursday of November. By Congressional proclamation, it’s a day to give...

Pure Storage: A Solid Play On The Cloud (NYSE:PSTG)