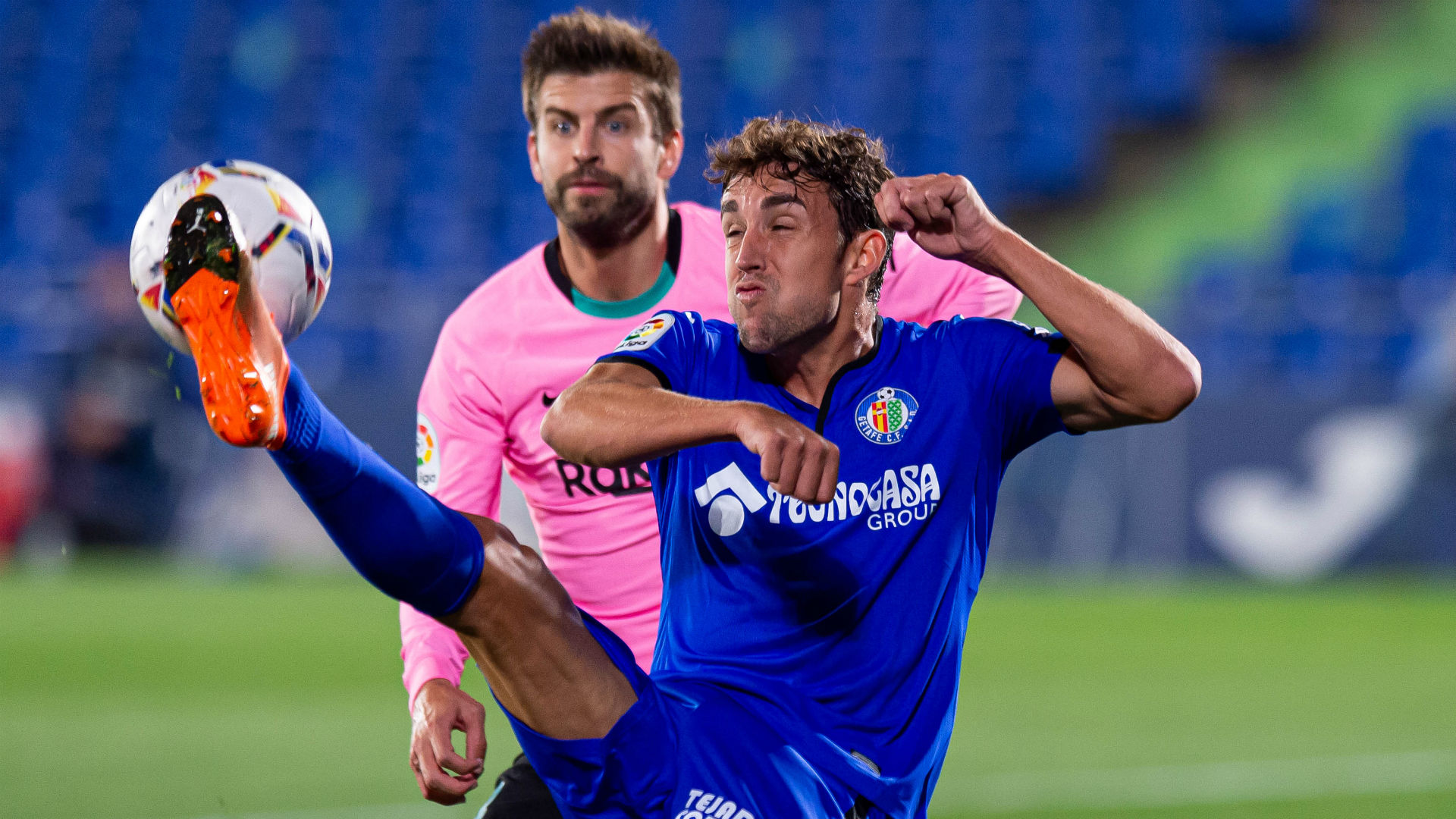 Jaime Mata’s 56th-minute penalty was enough for Getafe to secure a first league win over Barcelona since November 2011.

Ronald Koeman suffered the first defeat of his reign as Barcelona failed to capitalise on a shock loss for Real Madrid, slipping to a 1-0 defeat at Getafe.

With El Clasico looming on the horizon, reigning champions Madrid were stunned by newly promoted Cadiz as LaLiga resumed on Saturday following the international break.

However, Barca missed the chance to move level on points with their rivals ahead of next Saturday’s showdown at Camp Nou.

Jaime Mata’s 56th-minute penalty was enough for Getafe to secure a first league win over their illustrious opponents since a similar 1-0 result back in November 2011, a run of 16 games.

Lionel Messi struck a post and Getafe captain Djene Dakonam was spared from scoring an own goal by the crossbar, but – after starting his reign with back-to-back wins – Koeman has now seen his side pick up a solitary point from their next two outings, laying bare the size of the task on his hands.

8 – Jaime Mata has scored eight goals from the penalty spot in #LaLiga, more than any other Getafe’s player in the competitions ever. Infallible#getafebarca #LaLigaSantander pic.twitter.com/xTqeUsMDX7

Ousmane Dembele made his first start of 2020 and there was also an opportunity handed to teenager Pedri from the outset, suggesting the new boss will show faith in youth during the rebuilding job required.

Still, it is a big-money signing who will once again come under the spotlight, Antoine Griezmann squandering his team’s best chance to leave him still without a goal at club level in the early stages of the 2020-21 season.

The French forward wastefully blasted over when clean through in a first half consistently punctuated by the sound of referee Cesar Soto Grado’s whistle, with five players shown yellow cards.

Getafe had rarely threatened before Frenkie de Jong helped them out, the midfielder clumsily catching Dakonam inside the area as he rushed in attempting to win the ball.

Mata duly converted from the spot – sending Neto the wrong way – and the dogged hosts held firm to their slender advantage through to the final whistle.

In an eventful finish to proceedings not in keeping with the rest of the contest, Juan Hernandez blazed over at one end before Getafe were saved by the woodwork in stoppage time, Barca unable to find a late leveller their performance scarcely merited.

The Kenyan top-tier side has been given 45 days to settle their debt or face the defined consequences Football...

The French manager had been linked with a departure but, after winning El Clasico, the mood is a bit...

The Germany midfielder is settled in the Spanish capital and has no intention of pushing for a move Toni...

The Manchester United and Borussia Dortmund stars were earmarked as potential targets, but deals for the duo were never...

Would Arsenal miss Shkodran Mustafi if he left next summer?

Shkodran Mustafi wants to leave Arsenal at the end of the season when his current contract runs out, according...

The Buccaneers switch focus to Stellies after failing to win their league opening match against AmaZulu last weekend Orlando...