Jamestown being evacuated as new fire sparks in Boulder County 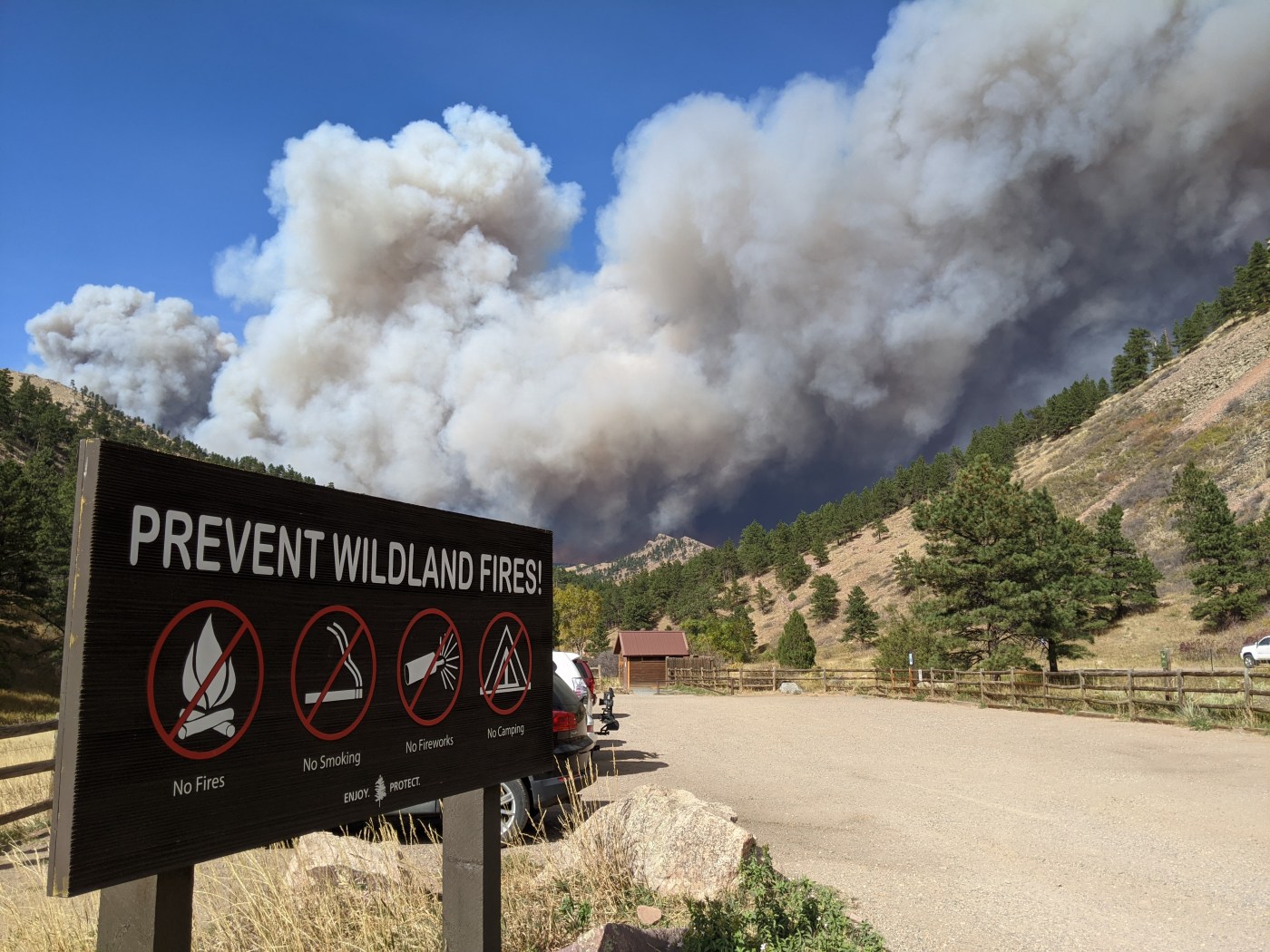 Residents of Jamestown in the Boulder County foothills were being told to evacuate Saturday due to the new CalWood fire, emergency officials said.

Officials have not yet publicly announced the size of the fire, but it quickly sent massive plumes of smoke into the air that could be seen from downtown Denver.

The Colorado Department of Transportation on Saturday afternoon urged travelers to avoid unnecessary trips to Boulder and Larimer counties due to the wildfire activity.

The fire has prompted numerous road closures, including:

Heil Valley Ranch and Hall Ranch have also been closed due to the fire, emergency officials said.

This is a map of the evacuation and pre-evacuation areas for the #CalWoodFire. pic.twitter.com/ORJmaBPUjI

Click markers for details, use buttons to change what wildfires are shown. Map data is automatically updated by government agencies and could lag real-time events. Incident types are numbered 1-5 — a type 1 incident is a large, complex wildfire affecting people and critical infrastructure, a type 5 incident is a small wildfire with few personnel involved. Find more information about incident types at the bottom of this page.

The Boston Bruins sign Matt Grzelcyk to a four-year extension with an AAV of $3.6875M : hockey

The Los Angeles County Board of Supervisors will consider a motion Tuesday seeking options for removing Sheriff Alex Villanueva,...

Lift operator Tom Burne scans skiers and snowboarders as they wait for first chair at the Treasure Stoke chairlift...

Broncos have a Passing Game Problem, not a Drew Lock Problem – The Denver Post

To hear Broncos coach Vic Fangio explain it, his team doesn’t have a Drew Lock Problem despite Lock’s four...

Denver’s Ball Arena, formerly known as the Pepsi Center, will serve as an in-person voting place for Denverites for...

Wild turkey near Cameron Peak fire endangered by someone feeding it.

A wild turkey in the area of the Cameron Peak fire has escaped the flames, but the same bird...

Moon may hold frozen water in more places than suspected