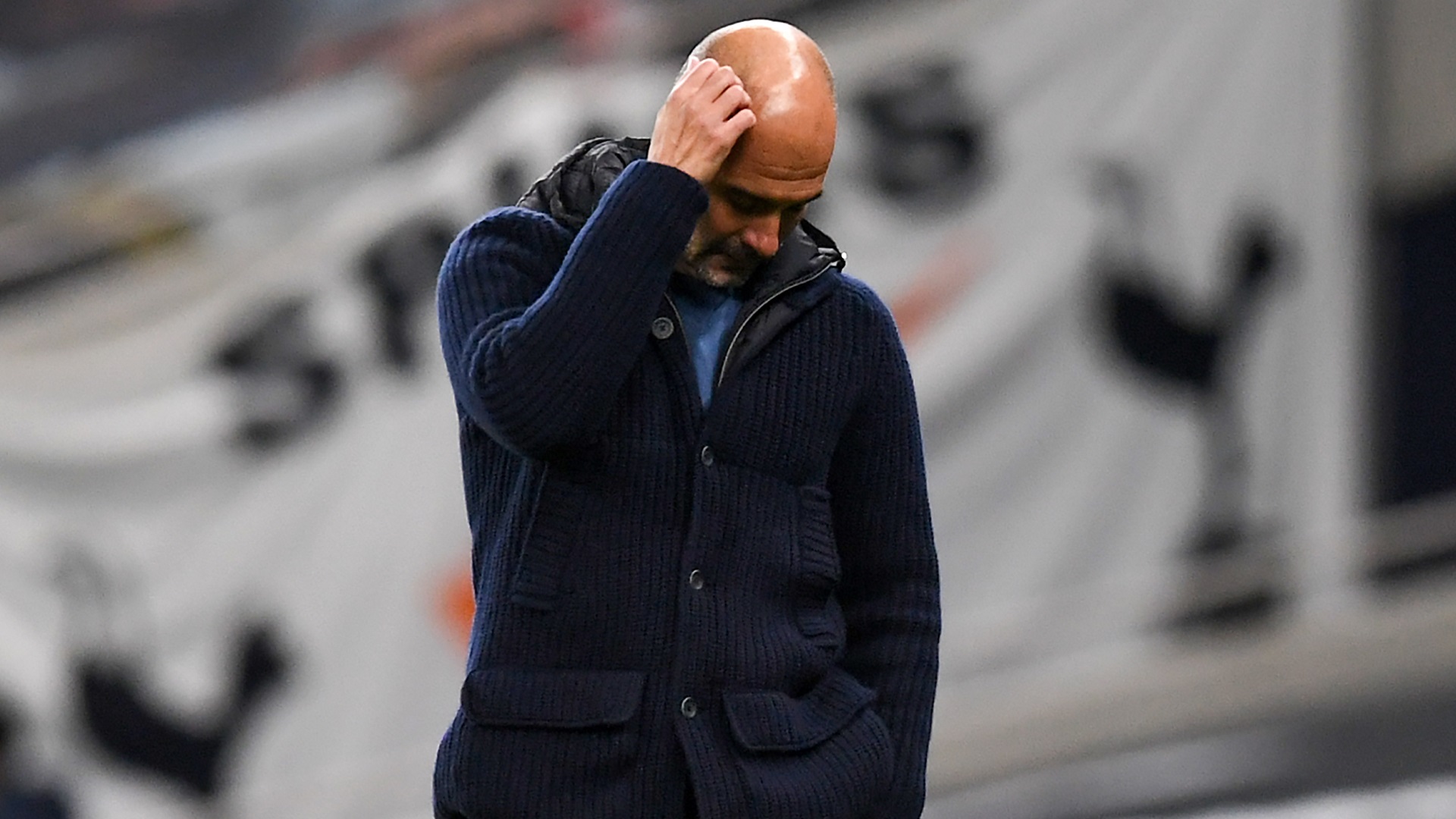 Manchester City manager Pep Guardiola reflected on how his side failed to break down Tottenham on Saturday, adding that Spurs played in a manner that is very reflective of manager Jose Mourinho.

Mourinho and Spurs got the last laugh on Guardiola’s side, taking down the visitors 2-0 at the Tottenham Hotspur Stadium.

Spurs took the lead early though Son Heung-min, who fired home within five minutes thanks to a City defensive lapse.

After both sides saw a goal waved off in the first half, substitute Giovani Lo Celso all but sealed the points in the 65th minute, putting Spurs 2-0 ahead for good.

Goal 50 Revealed: The best 50 players in the world

City maintained 67 per cent of the possession while outshooting their opponents 22-4 but failed to truly break down the Spurs defence.

And, after the match, Guardiola lamented his side’s inability to create in the final third while praising Spurs for a typical Mourinho performance.

“It could be better, we played similar to how have all season. We did not defend good for the first goal. They then defended so deep, they defended with six and it was not easy,” Guardiola told BBC Match of the Day.

“We had our chances, but we couldn’t score and they made two or three chances on the counterattack and we lost the game.

“We knew before the game that you cannot give them the first goal. We had more chances than them but we lost. Mourinho’s teams are like this, you make a mistake and they punish you on the counterattack.

“It is not easy, Harry Kane and Ndombele are on halfway, the space is so difficult, our possession play was good, but football is the boxes and that is where we were not good.”

With the loss, City sit 10th in the league, while Spurs move atop the Premier League for the time being.

City will now look ahead to a trip to Greece as they take on Olympiacos in the Champions League as they sit atop their group with nine points from three games.

Spurs, meanwhile, are off until Thursday when they will face Ludogorets at home in the Europa League.

Gary Clark discusses free agency, what he will bring to Orlando Magic

The Italian side have now claimed consecutive wins without conceding a goal since the passing of their club legend...

The defender was able to play the remainder of the half after a nasty clash with the striker but...

The Gunners coach admits the midfielder will be absent for longer than he thought Mikel Arteta has revealed that...

Several individuals were beheaded by terrorists in the Northern part of Nigeria on Saturday Nigeria captain Ahmed Musa and...

Rangers picked up a 4-0 win over Falkirk in the Betfred Cup earlier today. The Scottish giants have now...

Wolves get their first league victory away to Arsenal since 1979! Podence's opportunistic goal proves to be the difference...

The romance of Hong Kong past: In the Mood for Love – 20 years on | Hong Kong News

This may have been the end of Jets QB Sam Darnold

Should Isolation Periods Be Shorter for People With Covid-19?