Photo: Remains of ‘Master’ and His ‘Slave’ Discovered in Ashes of Ruined Roman City of Pompeii 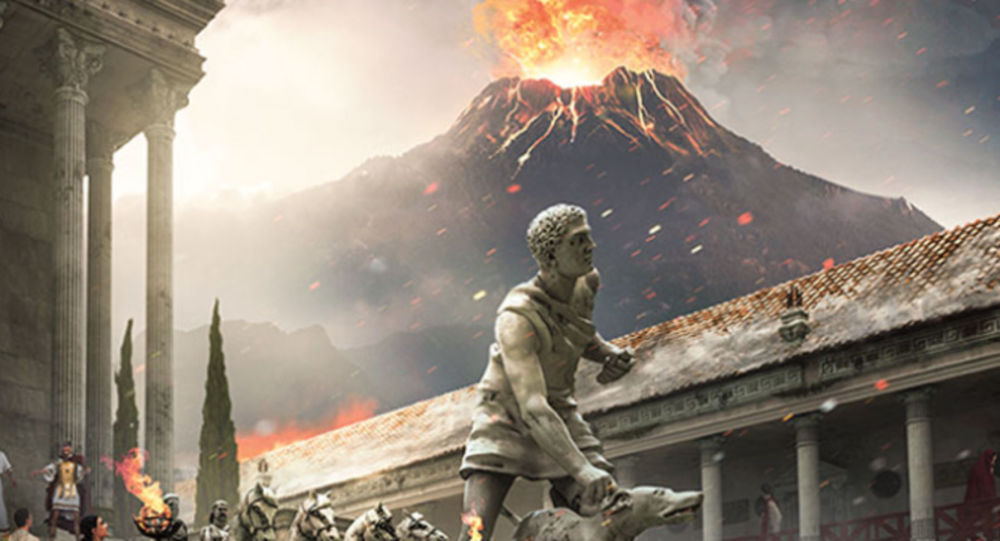 Pompeii, 14 miles southeast of Naples, was home to about 13,000 people in AD 79 when nearby Mount Vesuvius erupted, burying the city and freezing the moment in time. The ruins were not discovered until the 16th century. Organised excavations began around 1750.

Archaeologists have discovered the remains of two men killed in the volcanic eruption that destroyed the ancient Roman city of Pompeii nearly 2,000 years ago.

One was probably a man of high status and the other his slave, reported the Observer, quoting officials at the Pompeii archaeological park.

The find was made in a dig carried out during the coronavirus pandemic, the Italian culture ministry said.

Pompeii director Massimo Osanna said the two victims may have been seeking refuge when they were engulfed by clouds of ash, rock, and toxic gas shortly after the nearby volcano Vesuvius erupted in AD 79.

​One victim was believed to be a man of high status, aged between 30 and 40, who still had traces of a woolen cloak under his neck.

The second, probably aged 18 to 23, was dressed in a tunic and had a number of crushed vertebrae, indicating he may have been a slave who did heavy manual labour.

The remains were found in an underground chamber in the area of a large villa where some archaeological discoveries were previously made.

The men’s teeth and bones were preserved, and the gaps left by the decay of the body’s soft tissue were filled with plaster that was left to harden and then excavated to show the outline of their bodies.

Italy’s culture minister Dario Franceschini tweeted that the find was an “extraordinary discovery.”

History by MSNBC: Thanksgiving is ‘Colonizer Christmas’ and Colonists Were Cannibals

Although Elizabeth Warren and Bernie Sanders' endorsements are believed to have paved the way for Joe Biden's successful presidential...

China’s top diplomat Wang visited South Korea and Japan as the two US allies prepare for change under a...

Diego Maradona, the Argentinian football legend, has been buried in a small, private ceremony in Buenos Aires – a...

31% Of Nurses Who Died Of COVID-19 In US Are Filipino : worldnews

level 2According to a quick Google search, just over 80% of nurses in the US are Caucasian, while of...

WELLINGTON, New Zealand -- Diplomats like to remain neutral but Nanaia Mahuta let the veil slip a little when...