Straphanger assaulted with umbrella amid brawl on subway platform 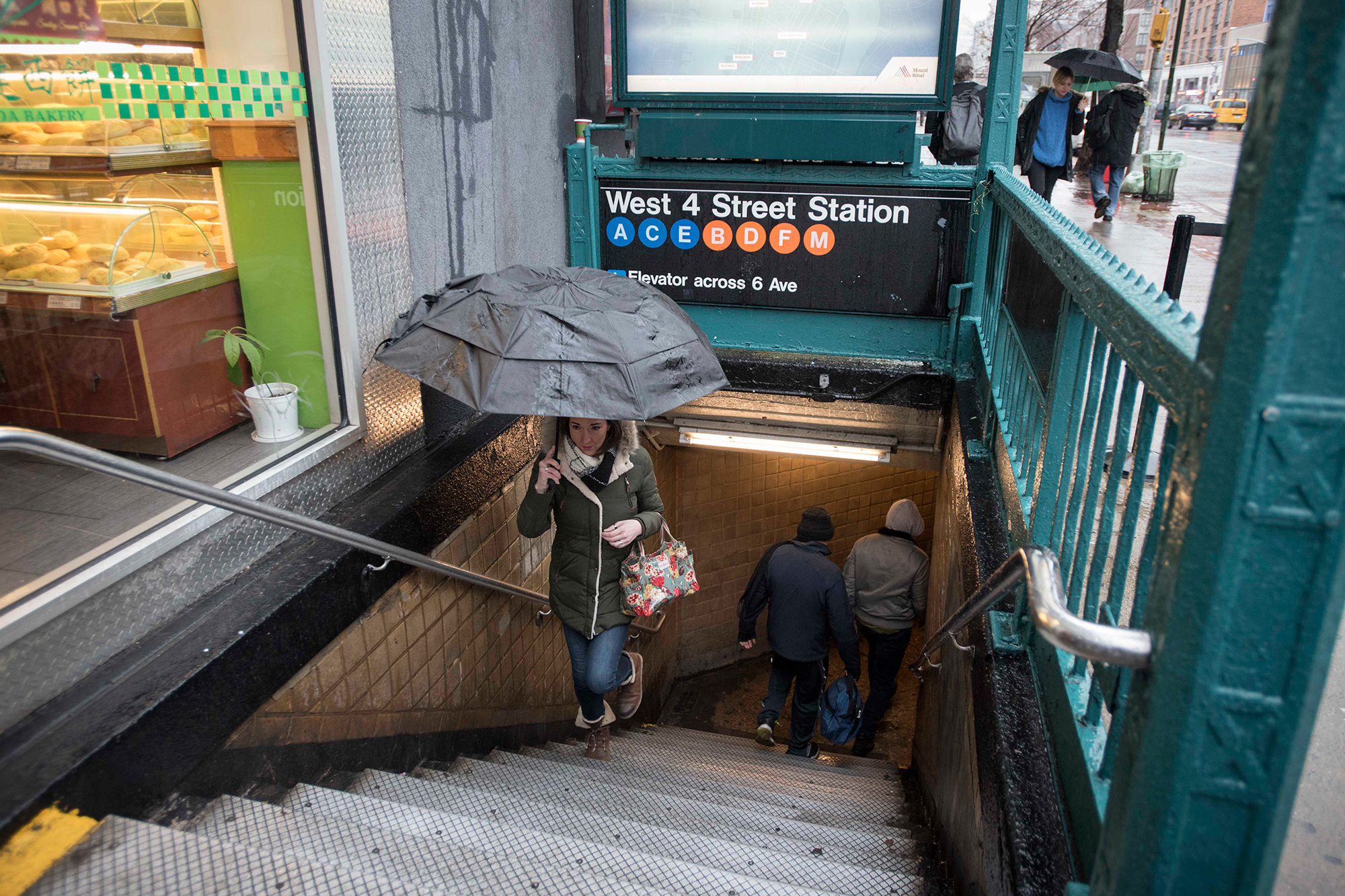 A straphanger was randomly attacked by a crazed West Villager inside the West 4th Street Subway station — prompting an umbrella-wielding passenger to join the brawl, police said.

The victim, 61, was standing on the southbound D platform train around 6 a.m. when Marquis Ventura, 35, allegedly began beating him, knocking him to the ground, police said.

When the victim’s friend stepped in to restrain Ventura, the attacker bit the pal in the hand, police said.

That’s when a woman seized on the trio with her umbrella, hitting the straphanger in the head before fleeing the station, according to police.

When cops arrived, they arrested Ventura, who lives on Charles Street, and charged him with two counts of assault.

The calling card of “The Masked Singer” has always been its eye-catching costumes, which take center stage on each...

Police stand guard outside of a rally with Vice President Pence on Oct. 13 in Waukesha, Wis. The state...

In a speech before the court, Mr. Raniere, wearing blue prisoner clothes, maintained his innocence and said some of...

Another Trump campaign event in Nevada has been hit with fines after it was found to have violated state...

How Hackenberg and Maccagnan blocked Mahomes from being a Jet